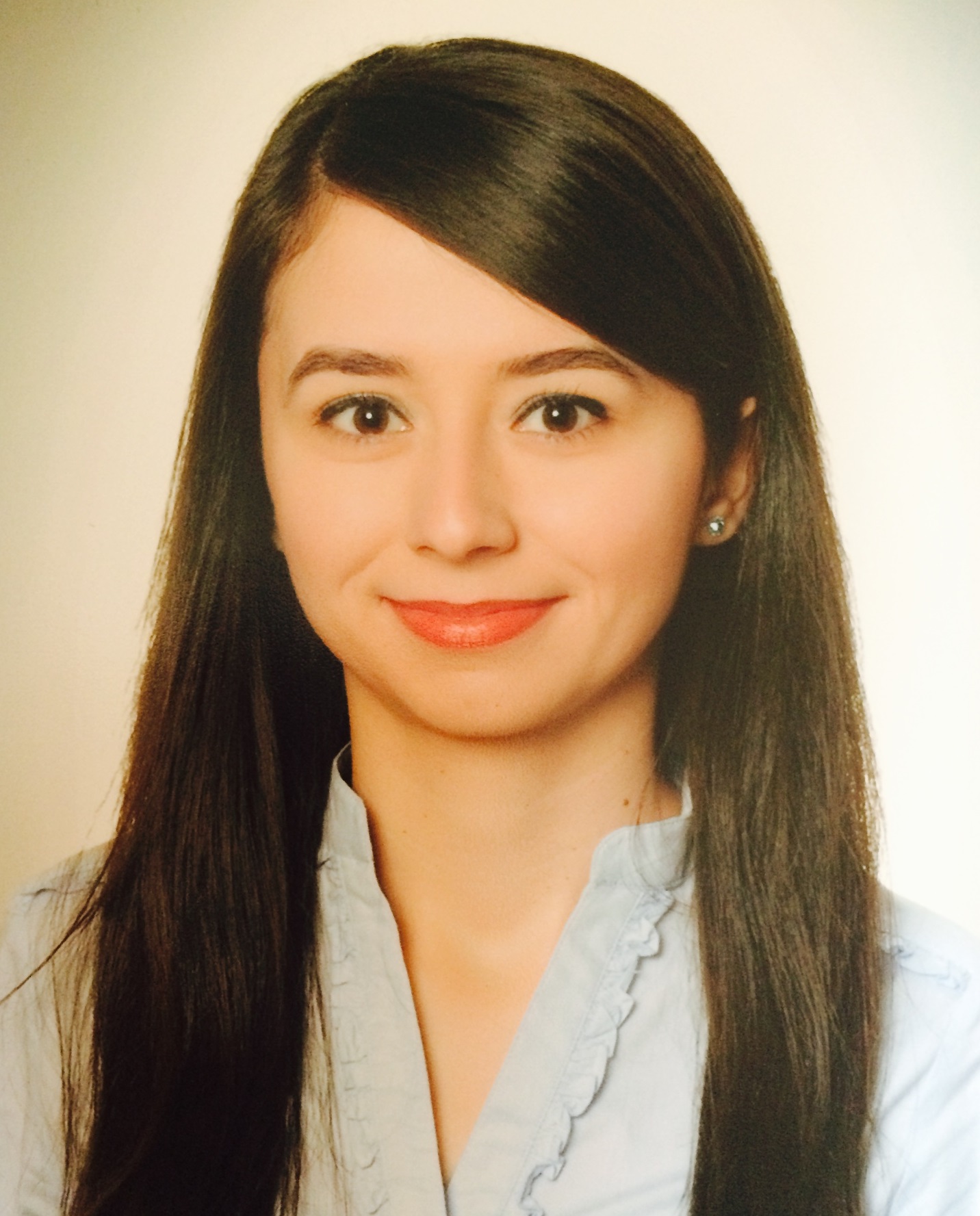 Tulay Oncu Oner is a lecturer in Manisa Celal Bayar University, Turkey, since 2015. She graduated from Ege University, Department of Bioengineering in 2011. She worked as a graduation thesis in a research named “Identification of Genetic Variation of Isolates Among Verticillium Dahliae Kleb. Using AFLP Markers” under the supervision of Bahattin Tanyolac. She earned her Master’s degree in the Department of Medical Biology and Genetics at Dokuz Eylul University Medical School, Izmir, Turkey, in 2014. She completed her MSc thesis “Identification of Genes Associated with Corpus Callosum Abnormalities Using Genomic Changes” under the supervision of Sultan Cingoz. Her PhD thesis title is that “Genetic and Functional Characterization of Mutations Associated with Neurodevelopmental Defects”. 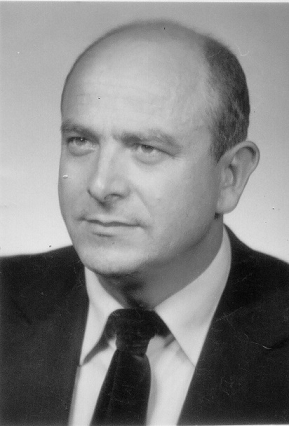 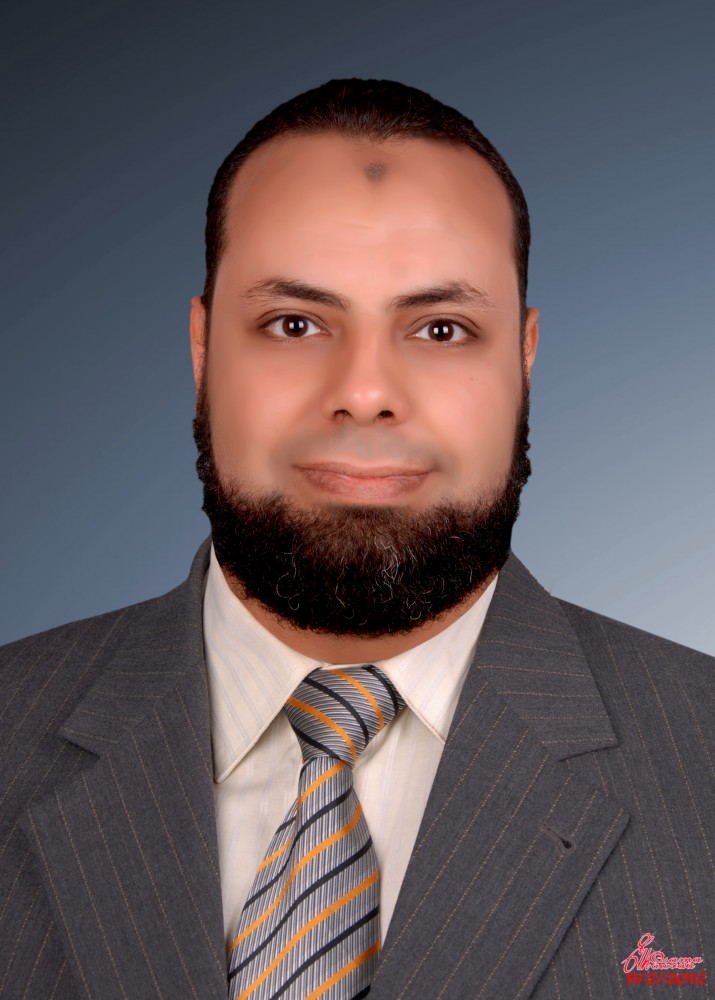 Professor Khaled Saad graduated from Assiut University’s programs in Medicine and Surgery in 1997, and he obtained a master’s degree in Pediatrics in 2003. After that, he joined the Pediatrics Department, at Assiut University, as a staff member teaching Pediatrics for medical students and postgraduates. In 2009, he received MD degree in clinical pediatrics. He is an associate professor in the Pediatric Department at the Assiut University Children's Hospital, which is the largest pediatric medical center in Upper Egypt. It is a teaching hospital with more than 550 beds that provides both primary and tertiary care for children in all governorates in Upper Egypt. He has a considerable number of international publications (80 publications) plus one book. Prof. Khaled is an editorial board member of 50 international medical journals in the fields of pediatrics and general medicine. He is a referee in 110 international medical journals. 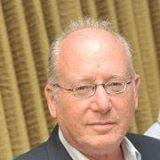 Prof. Dr. Akmal Nabil Ahmad El-Mazny, MD, FICS; Professor of Obstetrics and Gynecology, Faculty of Medicine, Cairo University, Egypt. He was graduated from Cairo University, Egypt. He pursued his masters and MD in the field of Obstetrics and Gynecology. His sub-specialties include assisted reproduction and gynecologic endoscopy. He was also a peer reviewer and associate editor for many renowned journals like F&S, EJOGRB, UOG, ARCH, JGO, MEFS etc. He contributed over 65 international publications to the world of scientific community. 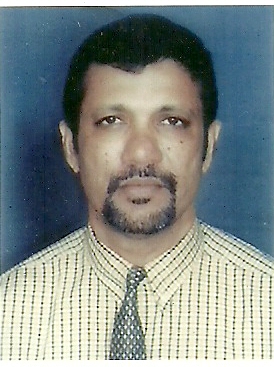 Dr.Edwin Dias is Head of the department of Paediatrics Srinivas Institute of Medical Sciences and Research, Mangalore, India. He is highly competent, motivated, innovative result oriented Paediatrician with a proven track record of achievements and outcomes in clinical work, research and teaching. Health Care Professional experienced in management, programmes implementation, development and policy making. Expertise in emergency medical services. He has authored a book - Review in paediatrics (Peepee publishers). He has published more than 40 articles in national and international journals. He is the Editor in Chief of Srinivas publications. He is the Editor and Member of the Editorial board (OMICS group of journals) - Journal of Medical Microbiology and diagnosis, Pediatric therapeutics and Research, EC Paediatrics. He is a journal reviewer for Academic journals CRO (Open access journal) Journalonweb, Indian Paediatrics, He has published around 30 articles in national and international journals. He is an international Member of American Academy of Paediatrics and member of Indian Academy of Paediatrics and National Neonatology Forum . He was National advisory committee member, INDIAN PEDIATRICS for the year 2015 and also state Co-Ordinator Research and Ethical Cell 2015 – IAP Karnataka. 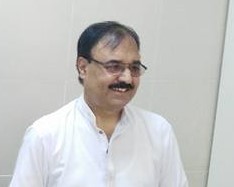 Muhammad Jehangir Khanworked as Medical Director w.e.f. 30/12/2016 to 18/08/2017 and I am presently working as Head of Department of Pediatric Surgery which comprises of 30 beds, located at Qazi Hussain Ahmed Medical Complex, Nowshera. In the out-patient we have 30 to 50 patients per day and on theaverage 5 burn emergencies and 5 general pediatric surgical patients per day, varying during summer and winter both in number and kind. The general pediatric surgical emergencies mostly are intestinal obstructions, acute appendicitis, road traffic accidents, firearm injuries, congenital anomalies, postoperative complications and trauma patients. I have to supervise the work of trainees, medical officers, registrar and senior registrar. I also teach clinical medical students from third year to final year MBBS. Being a newly commissioned medical college, I have thrice a week out-patient clinic and twice a week operation theater days. I also conduct daily ward rounds in the morning with the subordinate medical/nursing and para-medical staff. In the late morning the clinical medical students used to come for their clinical demonstration and learning. 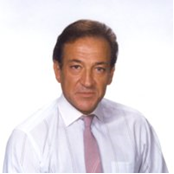 DR. ALAIN L. FYMAT, PhD, PhD is a medical-physical scientist and an educator. He is the current President/CEO and Professor at the International Institute of Medicine & Science with a previous appointment as EVP/COO and Professor at the Weil Institute of Critical Care Medicine, California, U.S.A. He was formerly Professor of Radiology, Radiological Sciences, Radiation Oncology, Critical Care Medicine and Physics at several U.S. and European Universities. Earlier, he was Deputy Director (Western Region) of the U.S. Department of Veterans Affairs (Office of Research Oversight). At the Loma Linda Veterans Affairs Medical Center, he was Scientific Director of Radiology, Director of the Magnetic Resonance Imaging Center and, for a time, Acting Chair of Radiology. Previously, he was also Director of the Division of Biomedical and Biobehavioral Research at the University of California at Los Angeles/Drew University of Medicine and Science. He is also Health Advisor to the American Heart & Stroke Association, Coachella Valley Division, California. He is a frequent Keynote Speaker and Organizing Committee member at several international scientific conferences. He has lectured extensively in the U.S., Europe, Asia and Africa. He has published ~ 425 scholarly scientific publications and books. He is also Editor-in-Chief, Honorable Editor or Editor of 54 scientific Journals. Dr. Fymat is a Board member of several institutions, a member of the New York Academy of Sciences and a reviewer for the prestigious UNESCO Newton Prize, United Kingdom National Commission for UNESCO. 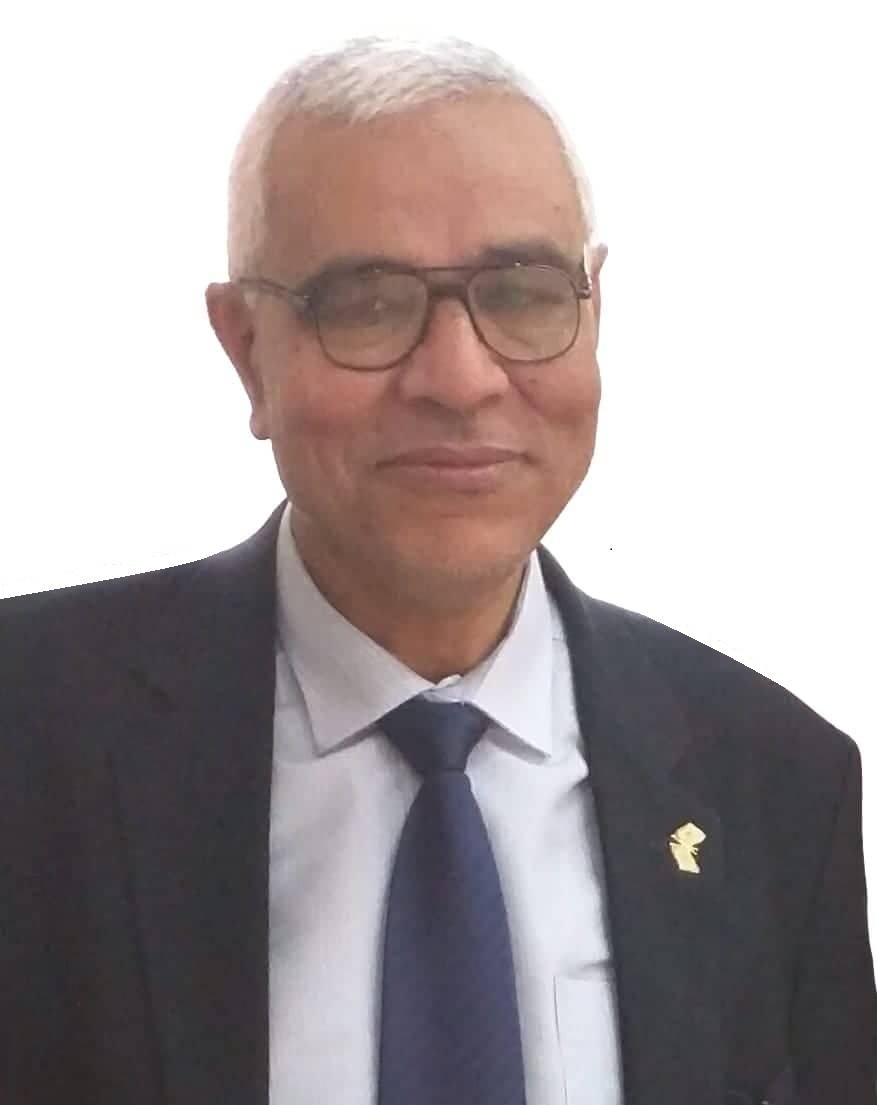 Dr. Abdelmonem A. Hegazy is currently working as Professor of Human Anatomy and Embryology Department in Faculty of Medicine, Zagazig University (Egypt); as well as he is a Consultant of Obstetrics, Gynecology and Infertility. He is the former chairman of the Anatomy and Embryology Department, Faculty of Medicine, Zagazig University (Egypt); and Professor in King Saud and Majmaah Universities (KSA) 2009-2013 and Misurata, Faculty of Medicine (Libya) 2000. He is the Editor-in-Chief of International Journals including Journal of Human Anatomy (USA) & Women Health and Complications (UK). Dr. Hegazy is also a referee member of scientific research submitted for promotion of professors in Egyptian Universities. Dr. Hegazy participates in a Zagazig University academic, scientific, educational and professional development activities in the fields of medical sciences development, including basic and clinical research, policy implementation, design programs, set coursework plans, curricula, syllabi, scientific conference paneling, as well as designing and delivering a wide scope of continuous professional development programs, including training, strategic planning, research methodology, scientific thesis and dissertation writing; research proposal, medical ethics, organization’s behavior issues, all with emphasis on system and staff development. Dr. Hegazy is a member of Institutional Research Board (IRB) unit, Egyptian Medical Syndicate, Egyptian Society of Anatomy, and Postgraduate and Scientific Research Affairs Committee, Faculty of Medicine. His pool of academics consists of original research articles/books/book chapters in various national and international accredited publishing houses. Dr. Hegazy has plenty of scientific publications and projects with many citations. He has got many national and international honors and awards. Dr. Hegazy has been supervising post graduate students in their thesis works. Dr. Hegazy is the Executive Editor of the Zagazig University Medical Journal. He is also a well-known reviewer/referee/editorial board member in many national/international indexed journals. 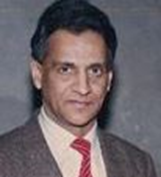 Dr. Suraj Gupte, hailing from the alumni of the Postgraduate Institute of Medical Education & Research (PGIMER), Chandigarh, India, occupies a pride of place as an outstanding pediatric educationist, researcher, innovator and author of national and international standing. Besides receiving several prestigious awards and Fellowships/Professorships, he has represented India in a multitude of international conferences, workshops, symposia and seminars, etc. globally as a Guest Speaker, Chairperson, Rapporteur, Visiting Fellow/Professor, etc. Over and above the international series, Recent Advances in Pediatrics, he has authored/edited scores of world class child health books of high esteem. He has published/presented over 250 papers in national and international periodicals/ forums. He has been on several academic task forces, and editorial boards of reputed pediatric periodicals, both national and international, as an Adviser, Editor, Member and Peer -reviewer. In the Indian Academy of Pediatrics (IAP) and its Subspecialty Chapters, he has held several important positions at national level. He was Adviser, 8th International Congress of Tropical Pediatrics and National Executive member, 8th Asian Congress of Pediatrics. At the international Nestle Nutrition Workshop held in Taiwan in 1989, he was the solo official representative of the Indian Academy of Pediatrics (IAP). Amongst Dr Gupte’s various academic/research interests figure neonatal issues. In addition to Faculty Selection Expert for State and Union Public Service Commission as also All India Institute of Medical Sciences, Dr Suraj Gupte is an examiner in several reputed universities and apex institutions, including AIIMS (New Delhi), PGIMER (Chandigarh) , SGPGIMS (Lucknow), SKIMS (Srinagar), IGNOU (New Delhi) and National Board of Examination(DNB). Dr Suraj Gupte figures in most of the national and international Who’s Who volumes, including the Morqui’s Who’s Who – a pre-eminent database of outstanding personalities and icons . 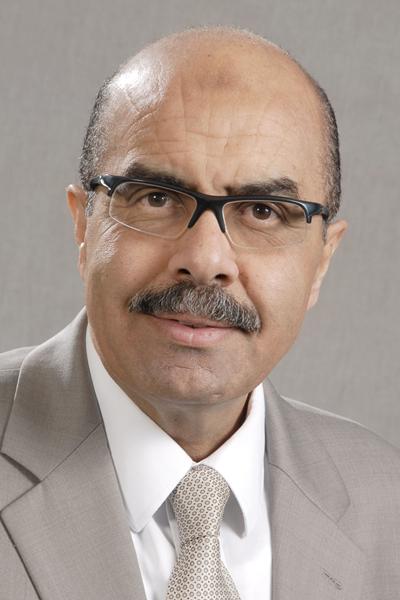 Professor Bashir Lwaleed is Professor of Experimental Pathology, Director of Post Graduate Research, and PhD and DClinP Programmes Lead within the School of Health Sciences at the University of Southampton. I am a Fellow of the Royal College of Pathologists (FRCPath) since 2008 and have held a PhD in haematology since 1998. I am also a Fellow of the Institute of Biomedical Sciences, a Chartered and Fellow of the Society of Biologist, a Member of the British Society for Haematology, the British Society of Haemostasis and Thrombosis. My academic origins lie in academic and clinical haematology, first in Libya, then in the UK, my career subsequently becoming entirely academic. This adds up to more than 27 years of experience in university healthcare environments. My research studentship and postdoctoral career has been within the research community of Southampton University Medical School. In 1999 I moved departments from Haematology to Urology at Southampton University Hospitals, research activity later extending to collaboration with Portsmouth University. In 2004 I joined Health Sciences, with a remit to raise the basic and translational research profile of the group as well as expanding its teaching programme. I am an experienced communicator with >155 publications and research presentations, across disciplinary boundaries, from haematology to cancer cell biology and urinary bladder pathologies. An extension of this interest in communication is the collaborative links forged with academic departments in Brazil, China and South Africa as well as Europe. My research interactions include links to industry with contributions to diagnostic kit development and three patent applications; two published, one filed pending publication. I have guest-edited issues of the journal Seminars in Thrombosis and Hemostasis. I also act as the Editor-in-Charge for the journal of Advances in Haematology and have written editorials and contributed a haematological chapter for a neonatology book. I serve on the editorial board of a number of international journals and review for several journals/publishers and major charitable and governmental grant-awarding bodies.